One Sheepskin used as a bed pad can support the back, shoulders, and thighs. Small sections added under heels and elbows are beneficial with long term patients. Best results are obtained when the patient is placed directly on the wool of the sheepskin with no other textile material intervening. 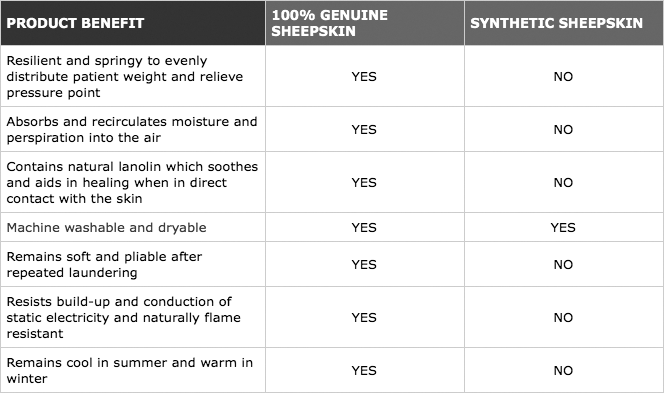 > For Washing instructions on Sheepskin

Hopitals don’t use synthetic fiber sheets for incubator babies because they’re too slippery. Instead, most use cotton sheets. But according to a report in The Lancet, a British medical journal, lambswool might be better yet.

Dr. Stephen Scott and his colleagues at Cambridge University Hospital worked with 34 incubator babies each weighing less than 2.5 pounds when it was decided to put half of them on lambswool. What happened then was that 12 of the 17 babies in the lambswool group gained weight faster than 14 of the 17 infants who continued on cotton sheets.

Why the bonus from lambswool? At first it was thought that the lambswool babies moved around less and so expended less energy. As it turned out, however, both groups of babies were equally active, which led the study authors to conclude that the probable explanation lay in lambswool reducing stress on the infants by simple being more comforting than cotton.

Lambswool Does It But Cotton Won’t 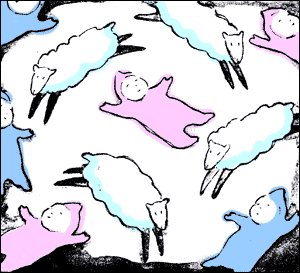 “Can material that premature babies are wrapped in immediately after birth affect their rate of growth? Apparently so, according to a study done at Cambridge University in England. Dr. Stephen Scott and colleagues report in Lancet (vol 322, Issue 8357, p. 1014-1016) that very low birthweight babies put on weight faster when wrapped in lambswool than either cotton or artificial fibers.

The study involved babies who had been in incubators at a Cambridge maternity hospital’s special care unit. All of them weighted less than two pounds, eight ounces. Of seventeen babies nursed on lambswool, twelve gained an average of 22.7 grams per day. Fourteen of seventeen put on cotton gained an average of 18.2 grams per day. Artificial fibers, because they are slippery and don’t absorb moisture, were not considered suitable for nursery use. Scott said the result seemed to be related to lambswool’s calming effect on the babies.”